How to Build a Better Landing Page

How To Write A Book And Sell Like Crazy

How to Buy a Domain Name

How to Start an Online Business With No Money

Validating a Side Hustle 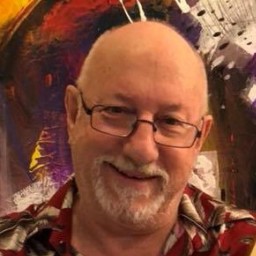 This article reveals exactly how Justin Mares validated his idea for a bone broth company.  It’s an excellent read and has some fantastic lessons for every entrepreneur.

Making sure before you risk a ton of time and money that your idea is going to work is a method well worth knowing.  It can definitely save you a whole lot of money, time and pride.

It’s 2014. I’m sitting in my HR rep’s office, resigning my 6-figure job. Two weeks later I’ll be out of the workforce, officially unemployed.

Because in the month before I officially quit my job, I had systematically tested—and proven—demand for the idea that would become Kettle & Fire: a shelf-stable, organic bone broth company that now does well north of 8 figures a year in revenue. In the years since I quit my job, I’ve raised ~$20M to expand Kettle & Fire, and gotten the brand into 10K+ retail stores.

I did this without any experience in the industry, and, in the beginning, without a product. I did this with the expectation that the company would be a small business that would maybe make six figures in annual profit.

Without any experience in the industry, and without a product, I was able to turn an idea into a side gig into a highly profitable company. I’m going to show you exactly how I tested and validated that idea.

Since roughly 2010, I’ve been what I’d call 90% paleo: I usually eat according to a very strict diet (no grains or sugar, minimally processed foods) but have the occasional cheat day.

Never quite this bad

By 2014, I’d been hearing a lot of buzz about bone broth from friends at my Crossfit gym. I’d read about the many benefits of bone broth for skin, gut, and joint health, and was excited to try it.

The problem was… I couldn’t find it anywhere. Making it yourself requires a slow cooker and 20+ hours per batch, not to mention time and money to source grass-fed bones. The only stuff I could find online was frozen and had super high minimum order sizes. I didn’t have the time or the money for these options and figured there had to be others out there like me.

Read the rest of this amazing article here

Note – this post originally appeared on Justin’s newsletter The Next Brand.

Don Reid, an experienced MLM builder and Entrepreneur, he founded Apache Leads in 2003. Born in Australia, Don currently lives in Cambodia, when he is not traveling on his many adventures around the world